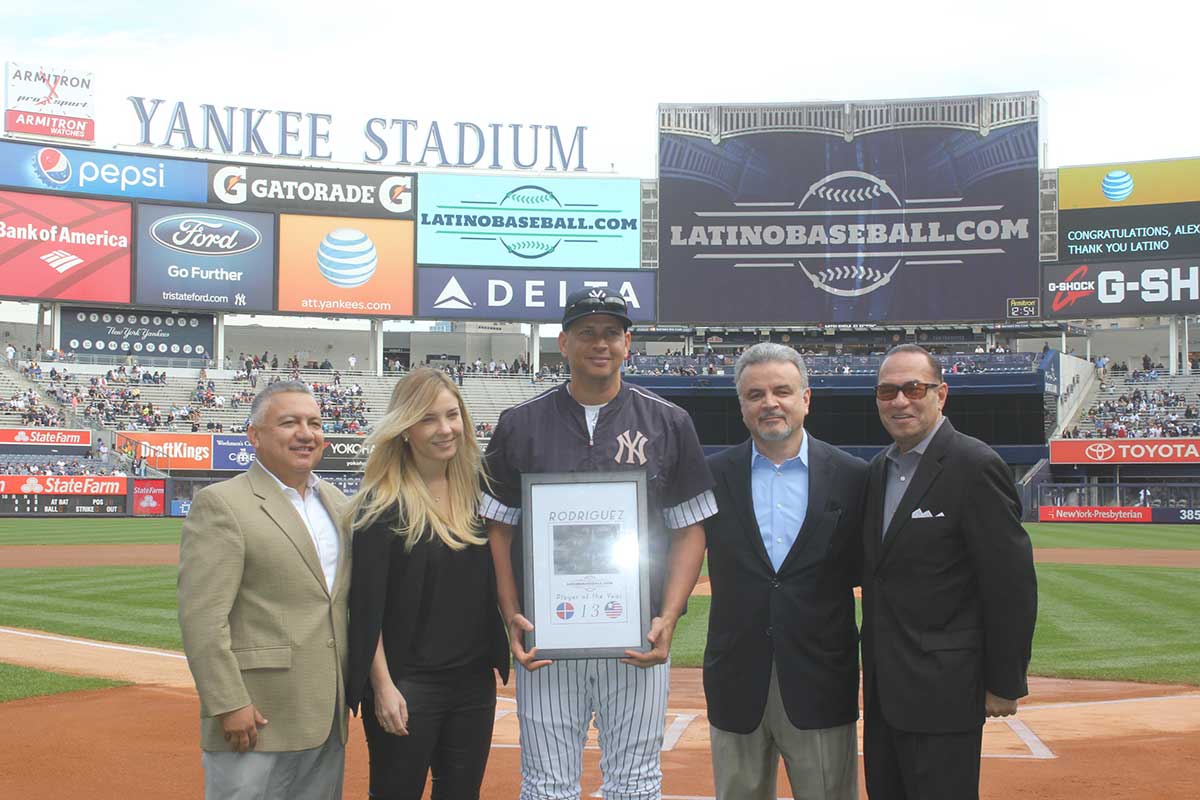 Alex Rodriguez’s comeback season started with doubts and ended with an honor: the Latinobaseball.com 2015 Player of the Year Award.

Thais Schenk of Dominican Republic Tourism, Manny Gonzalez of Hennessy and Lou Melendez of Sports Media Partners joined Ralph Paniagua, publisher of Latinobaseball.com, to present the award to A-Rod at home plate before the Yankees’ Sept. 27 game against the White Sox at the Stadium.

“Mr. Rodriguez received this year’s award for his remarkable performance both on and off the field,” said Paniagua. “After his one-year suspension and advanced age, Alex Rodriguez won back the fans and was an important cog in getting the Yankees into the playoffs.”

“The fans at the Stadium applauded for Alex, that was great to hear,” said Schenk.

“What a change from Opening Day, when he was received with jeers rather than cheers,” said Manny Gonzalez of Hennessy, whose tagline “Never Stop, Never Settle” fit perfectly with Rodriguez’s strong year at the plate after missing the entire 2014 season due to a suspension for PED use.

As the Yankees main designated hitter in 2015, A-Rod, 39, exceeded everyone’s expectations with a comeback year that included 32 home runs, 83 RBI and 81 runs scored with less than a week left in the season.

Most importantly, Rodriguez not only regained the support of his teammates with his clutch play and positive attitude in the clubhouse, he also won back the admiration of many Yankees’ fans, arguably the most difficult and demanding fans in baseball.

Without much fanfare, A-Rod was a leader in the community, supporting youth sports and health programs by donating to the Boys and Club Clubs and local health programs.

“I met Alex was he was a skinny 19-year-old and I was truly proud to be a part of this award today,” said Lou Melendez of SMP, who is producing the Serie de las Americas baseball event in Miami. “Alex was genuinely happy to receive the award.” 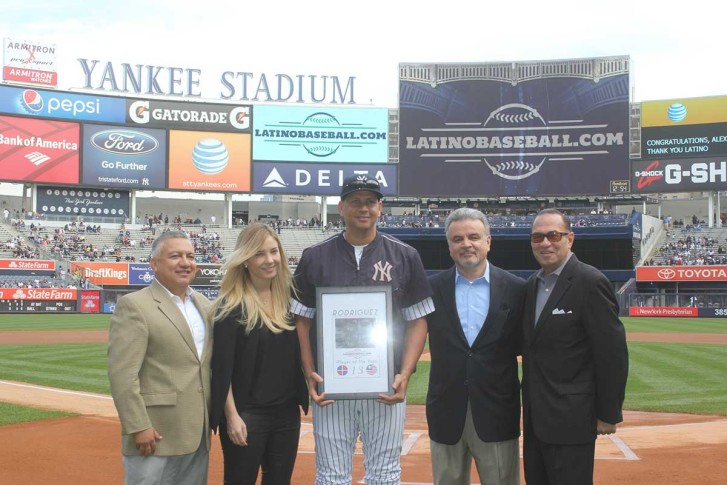