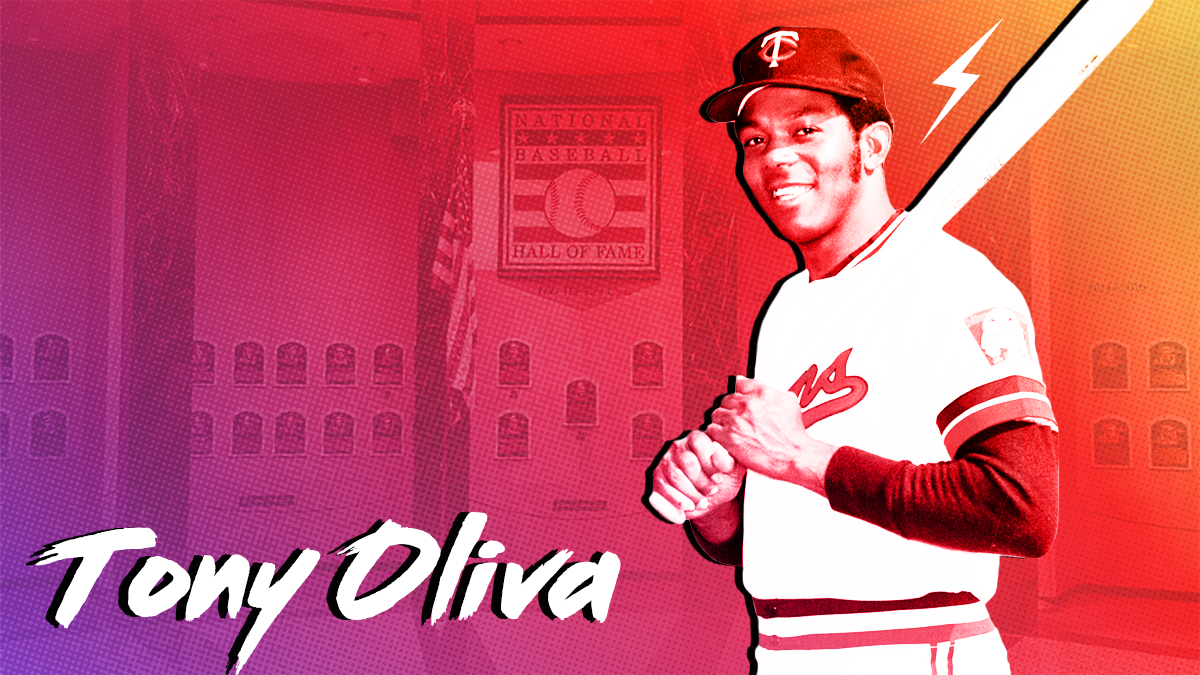 A smooth-swinging, left-handed hitting machine and one of the first Cuban-born hitting stars in baseball’s post-integration era, Tony Oliva was a three-time American League batting champion and eight-time All-Star in a 15-year career with the Minnesota Twins. Oliva, who made his MLB debut in 1962, made a splash as a full-time player in 1964, when the 25-year-old right-fielder won the 1964 AL Rookie of the Year award with a dominant season. He led the AL in batting average (.323), hits (217), runs (109), doubles (43), and total bases — numbers that also earned him fourth place in MVP voting. He also hit a career-high 32 home runs with 94 RBI. He followed that up with his second consecutive batting title in 1965 with a .321 average. A career .304 hitter, Oliva averaged 185 hits a season and twice was the runner-up in AL MVP voting (1965 and 1970). He also led the league in hits in his first three full seasons, and in five of his first seven full seasons. Oliva was elected to the Hall of Fame in 2022 by the Veterans Committee.

This Month in Latino Baseball History: Bernie Will

A Moment in Latino Baseball History: On August

A Moment in Latino Baseball History: On August 8,1

A Moment in Latino Baseball History: On August 10,