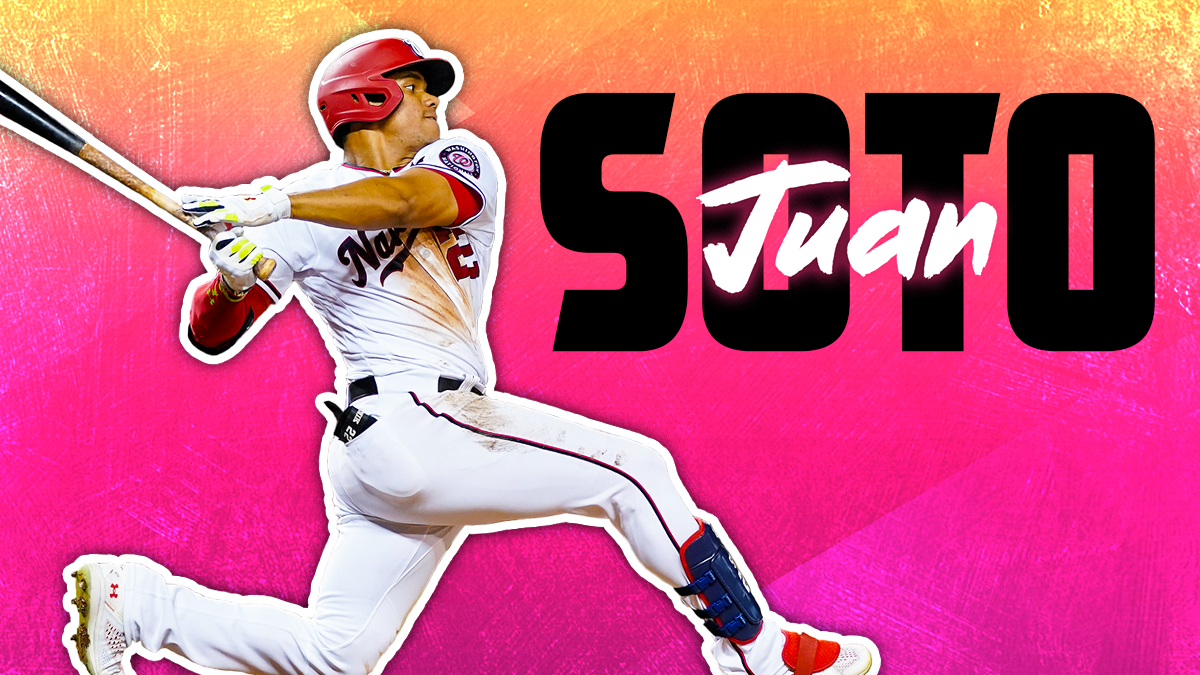 To watch Juan Soto do his thing on a baseball field in October is to witness a rising superstar having the time of his life on the post-season stage.

And then you realize: This guy wasn’t even old enough to drink the victory champagne in the clubhouse after each of the three clinching wins that finally brought the Washington Nationals to the World Series.

Yes, the new face of the Nats turned only 21 on Oct. 25, 2019, smack in the middle of a dramatic World Series against the Astros. And he has plenty to celebrate besides becoming an official grown-up.

Not only did Soto’s sophomore season in 2019 leave no doubt he’s one of the best players in the game no matter what his age, he’s used Washington’s surprising post-season run to showcase his talents for a national audience.

Not to mention make Nationals fans forget about a not-so-bad franchise-type player named Bryce Harper taking the money and running to an NL East rival before this magical season began.

Soto may have been the 2018 Rookie of the Year runner-up to Ronald Acuna Jr., but he’s gone much farther than his young and talented Dominican-born counterpart in Atlanta.

Soto capped off a sparkling 2019 — 34 HR, 110 RBI, .282 batting average, .923 OPS and just two errors in left field — with some big hits in October, including a bases-clearing single in the bottom of the eighth that sealed the NL Wild Card game. The Nationals were trailing 3-1 at the time.

He followed that with more late-inning heroics in the decisive Game 5 of the NLDS against the Dodgers, smacking a game-tying home run in the top of the eighth off L.A. ace Clayton Kershaw that helped push Washington to the ALCS.

And he’s carried that hot hitting into the World Series with three homers —including a go-ahead, upper-deck bomb in Game 6 off Justin Verlander that forced a Game 7 and made Soto the youngest player to go yard five times in a single post-season — proving no stage is too big for an exciting young star yearning for his first legal taste of championship bubbly.