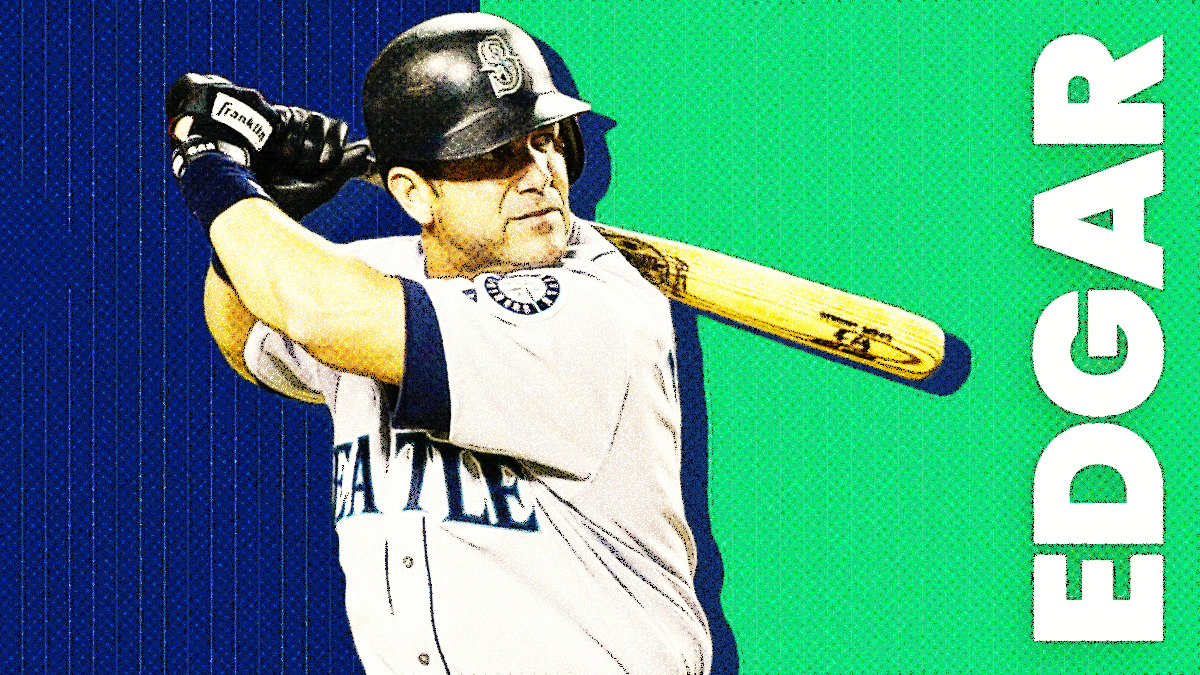 “One of the game’s best pure batsmen, defined designated hitter position with a precise batting eye and ability to consistently drive the ball to all fields. Became the third right-handed batter in history with as many as seven consecutive seasons with a .300 average, .400 on-base percentage, and .500 slugging percentage. Won two batting crowns and three on-base percentage titles, producing seven seasons with at least 20 home runs and six with 100 or more RBI. A seven-time All-Star, earned five Silver Slugger awards in a career that began as a third baseman. Delivered signature moment in Mariners history with walk-off double to secure 1995 ALDS victory.”